This dramatic Piedmont deck was built for a client who loved to entertain outside on warm summer evenings. They decided that as long as they were going to build a new deck, they wanted one that could accommodate their large, extended family of 20+ people.

The old deck had become rickety and dangerous. The new one needed to blend in with the house and preserve an existing lemon tree. Because the deck 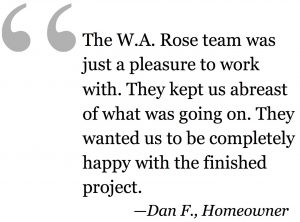 and stairs represent part of the home’s emergency exit system, the Fire Department required that the deck be made of slow-burning Douglas Fir rather than Trex, the popular deck material that melts in fires, which would eliminate the deck and stairs as an escape route. 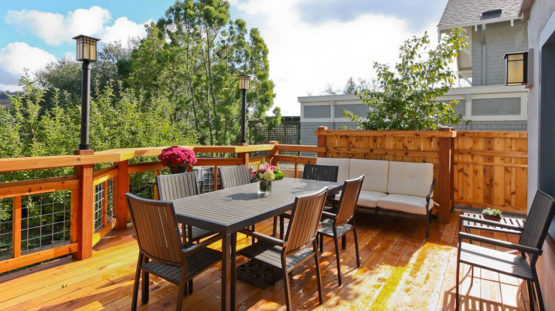 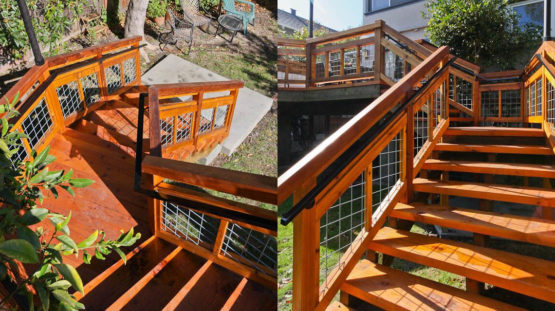 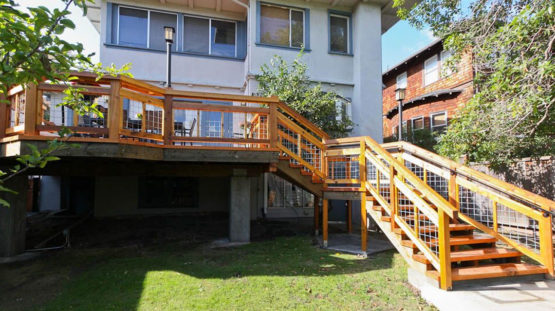